I am so excited to share this magical  Montauk surprise proposal engagement session!

Damian contacted me from Ohio when he began planning a very special surprise proposal for his bride to be Hailey.

They both met and used to live in New York and had their first date in Montauk.

Now, living back in Ohio –  Damian drove all the way to “THE END” of Long Island – to where their love story all BEGAN.

Surrounded by dragonflies, with the iconic Montauk Lighthouse in the background on the bluffs of Camp Hero State Park; Hailey said,”Yes!”

One of the advantages of having a marriage proposal photographed is that you have an engagement session built into it.

We then walked down to the picturesque  coastline and Hailey and Damian took off their sneakers to get their feet wet in the cold Atlantic Ocean.

I love when couples are adventurous and do not mind a little hike to create a beautiful memory and photograph.

The evening was capped off with a spectacular sunset!

Which was photographed in the parking lot!

It was my honor and SO much fun to witness their love and be a part of this amazing day in their lives! 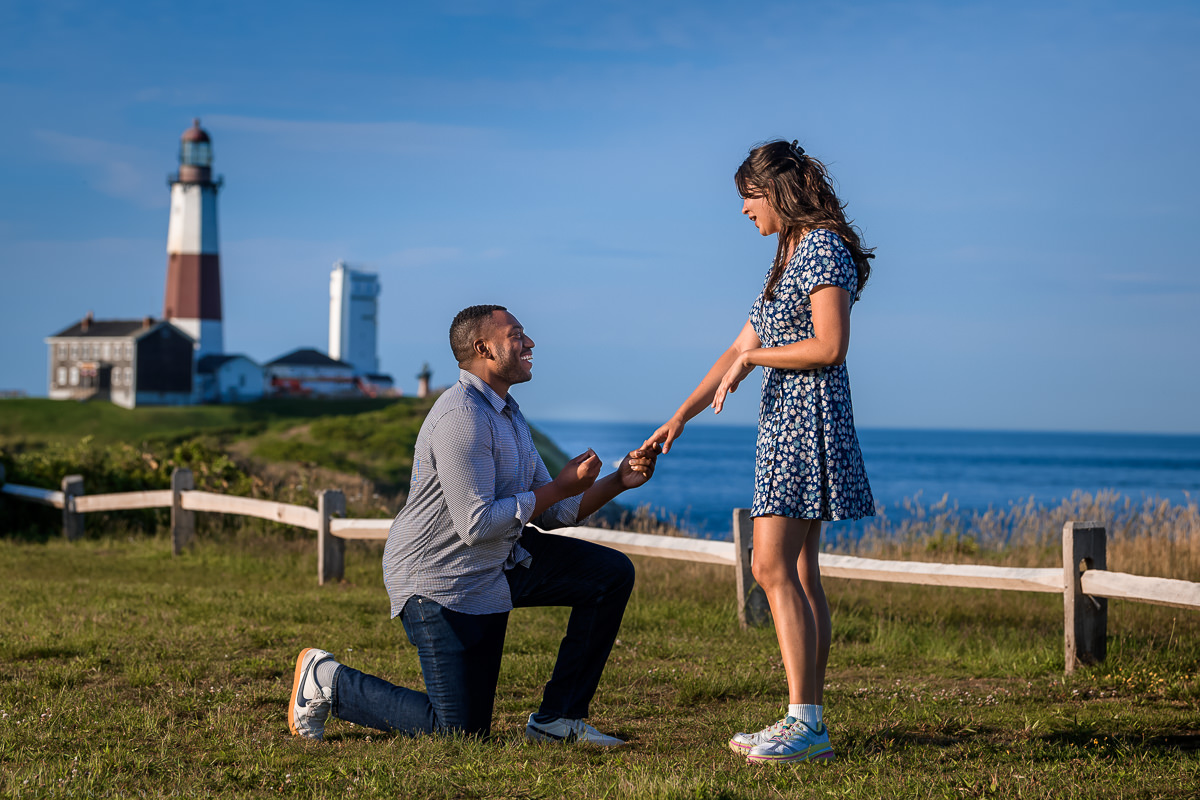 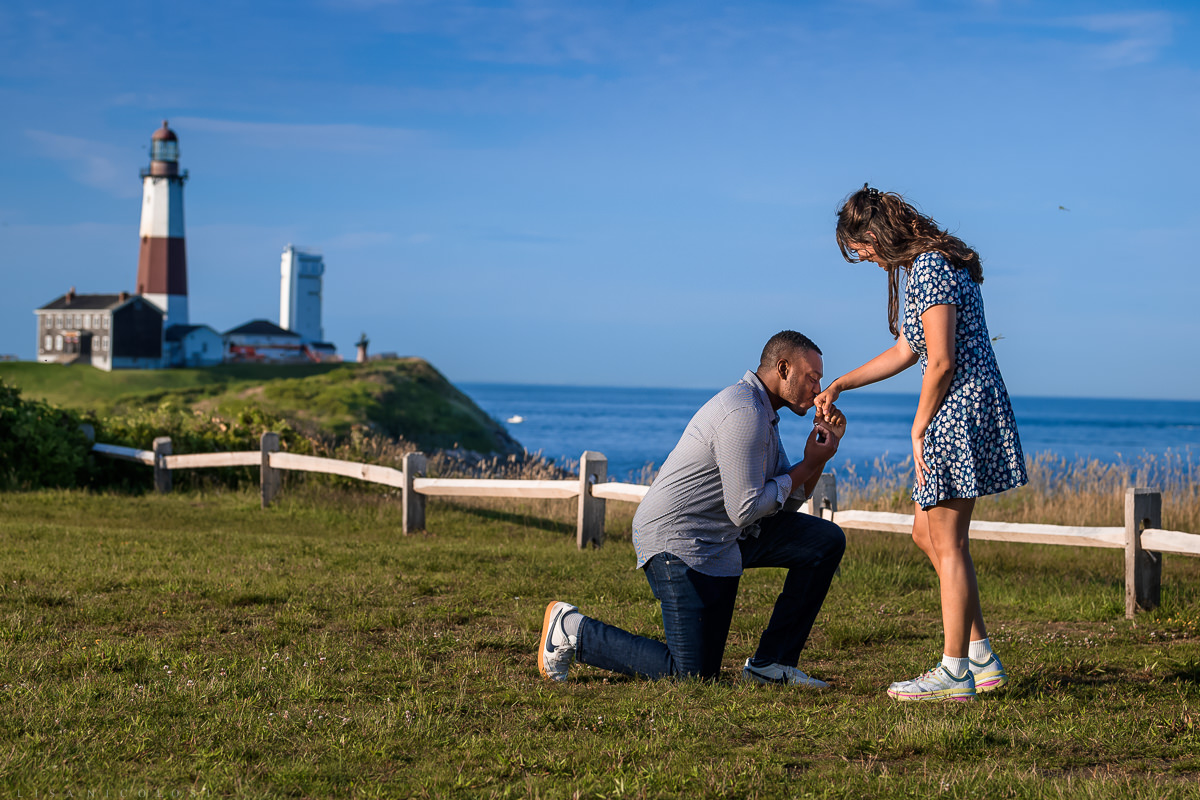 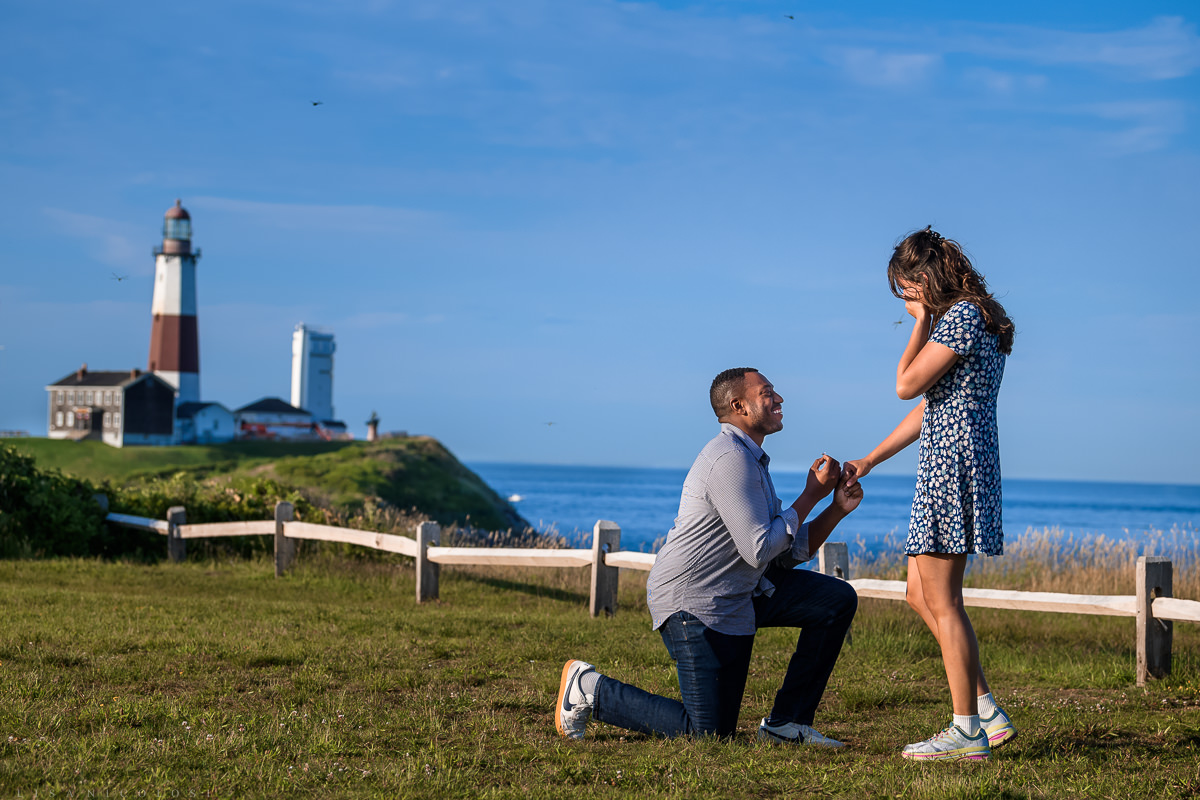 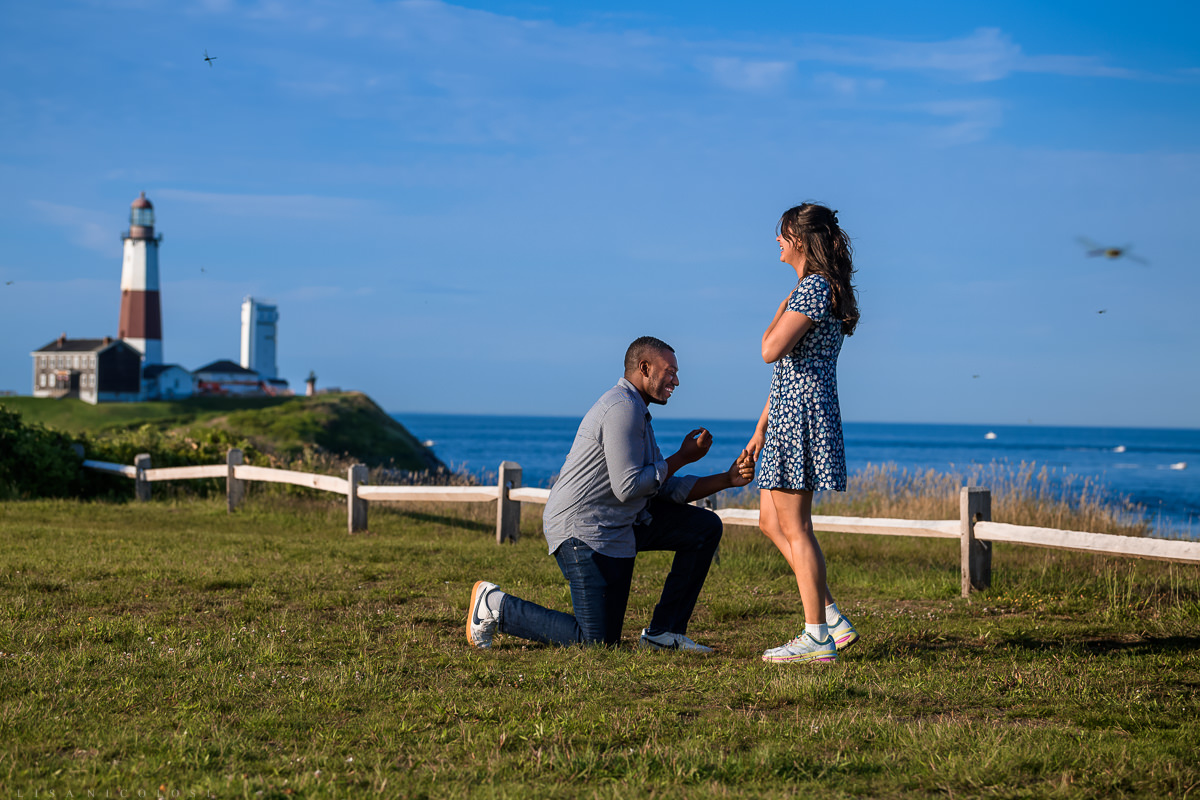 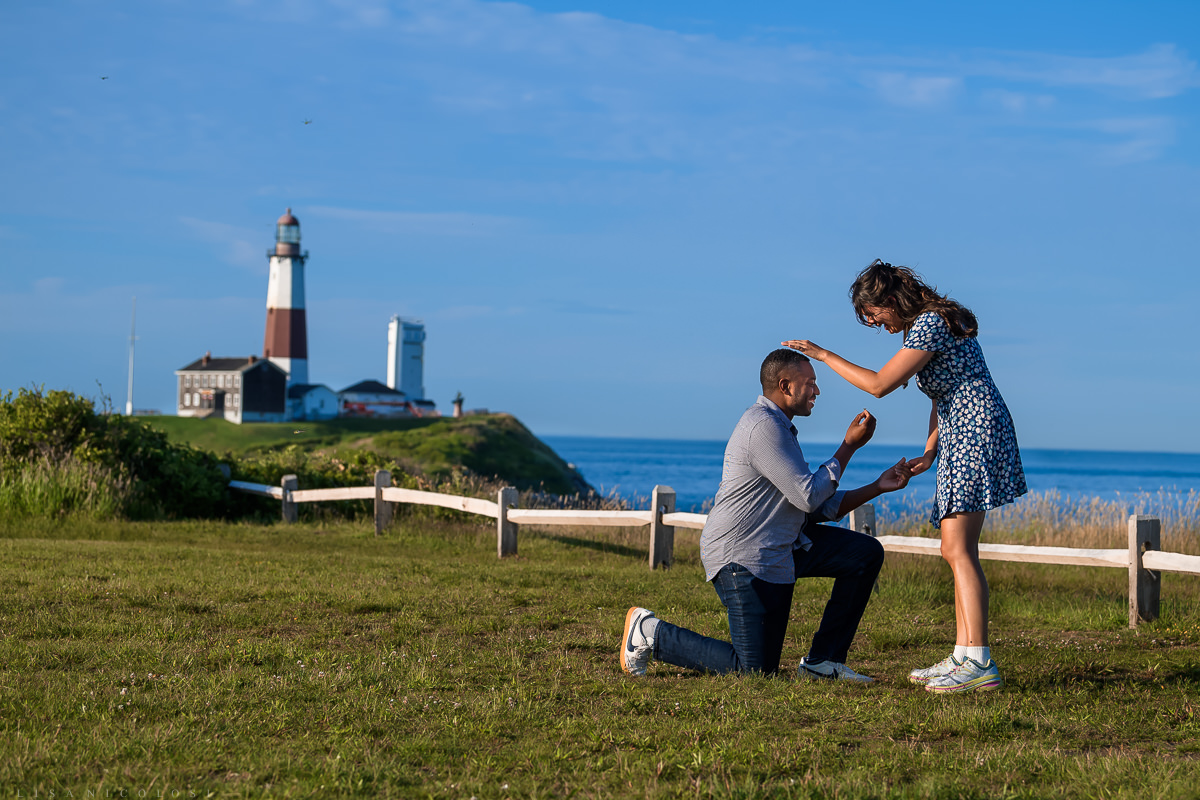 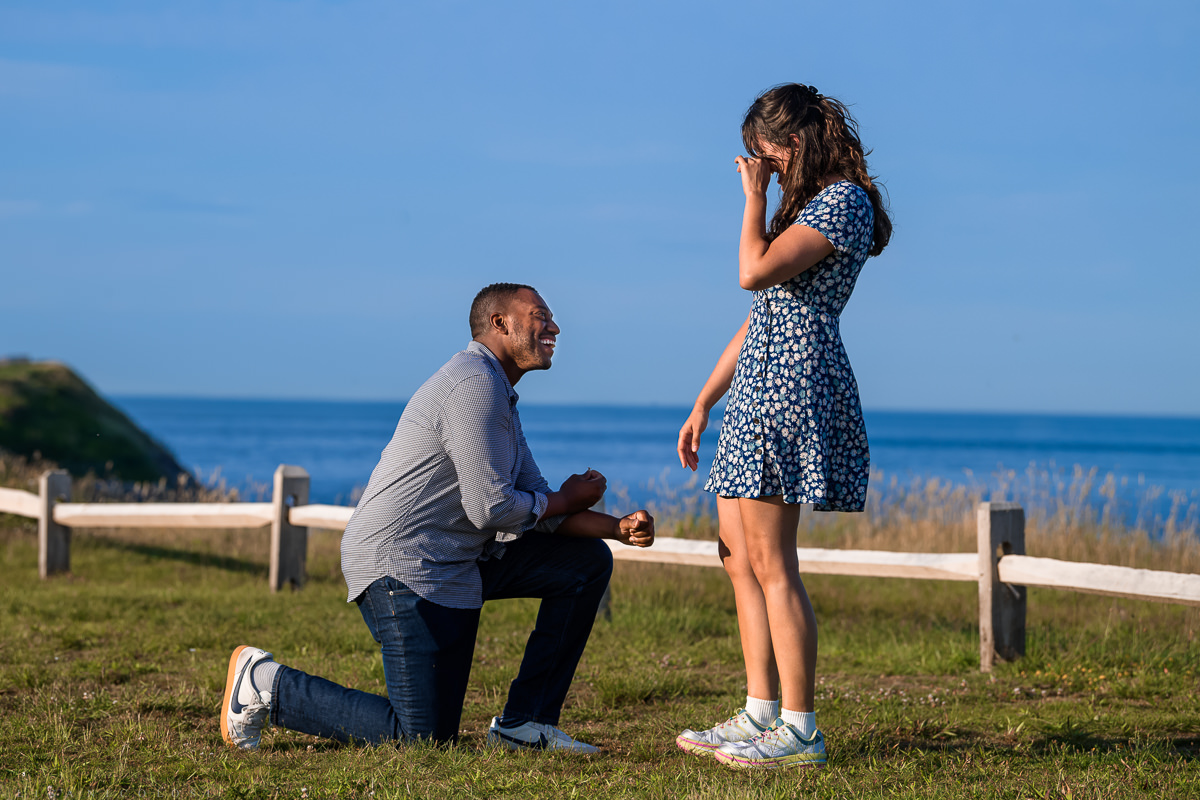 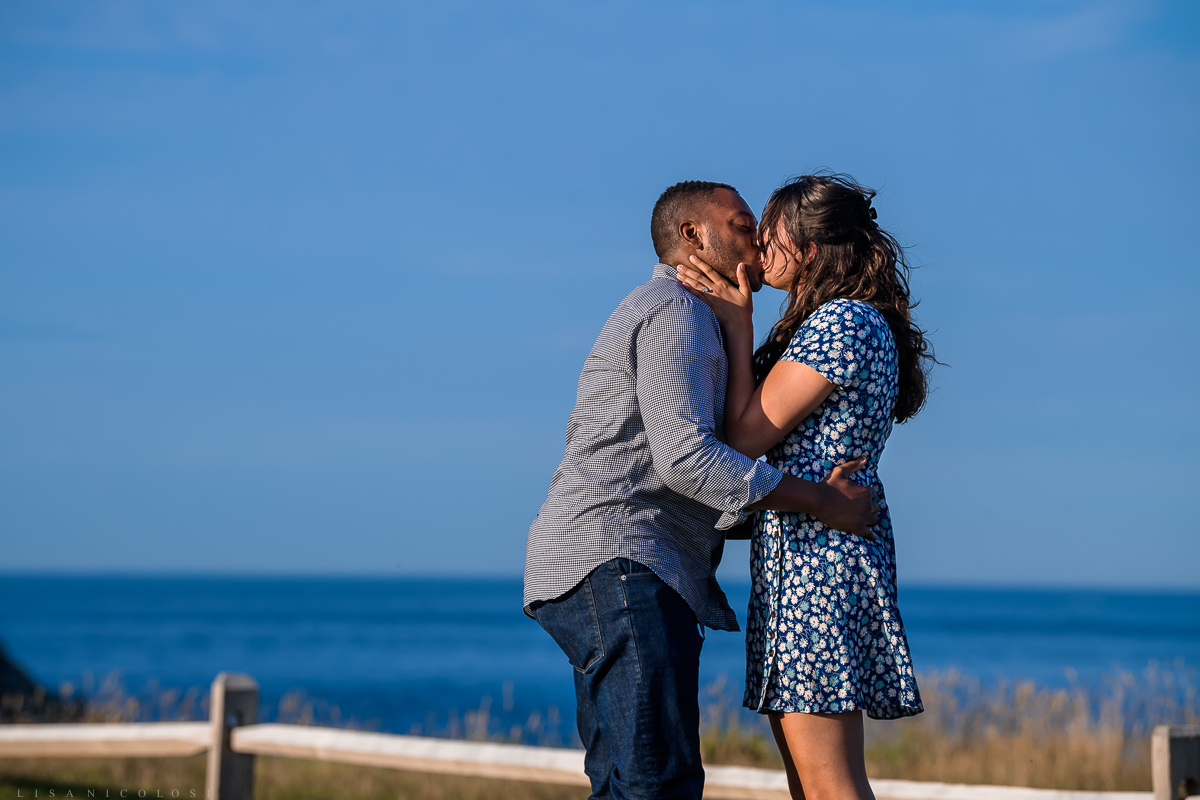 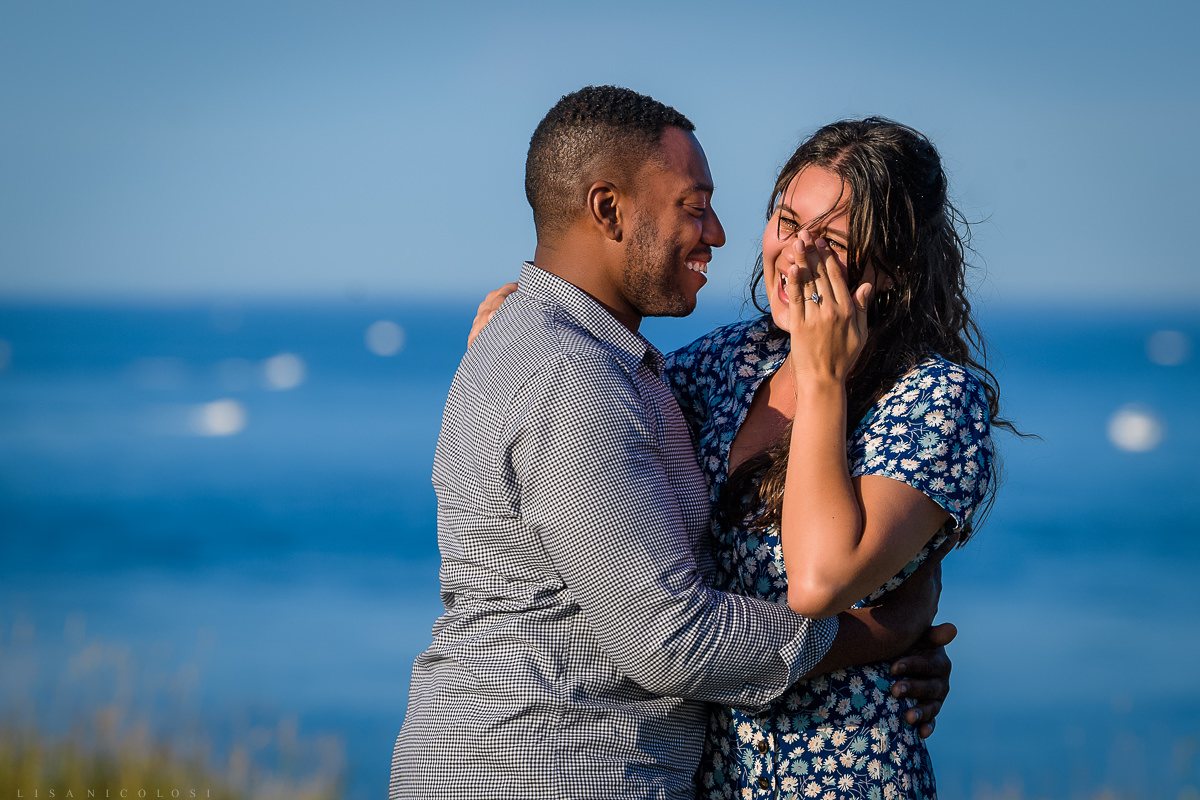 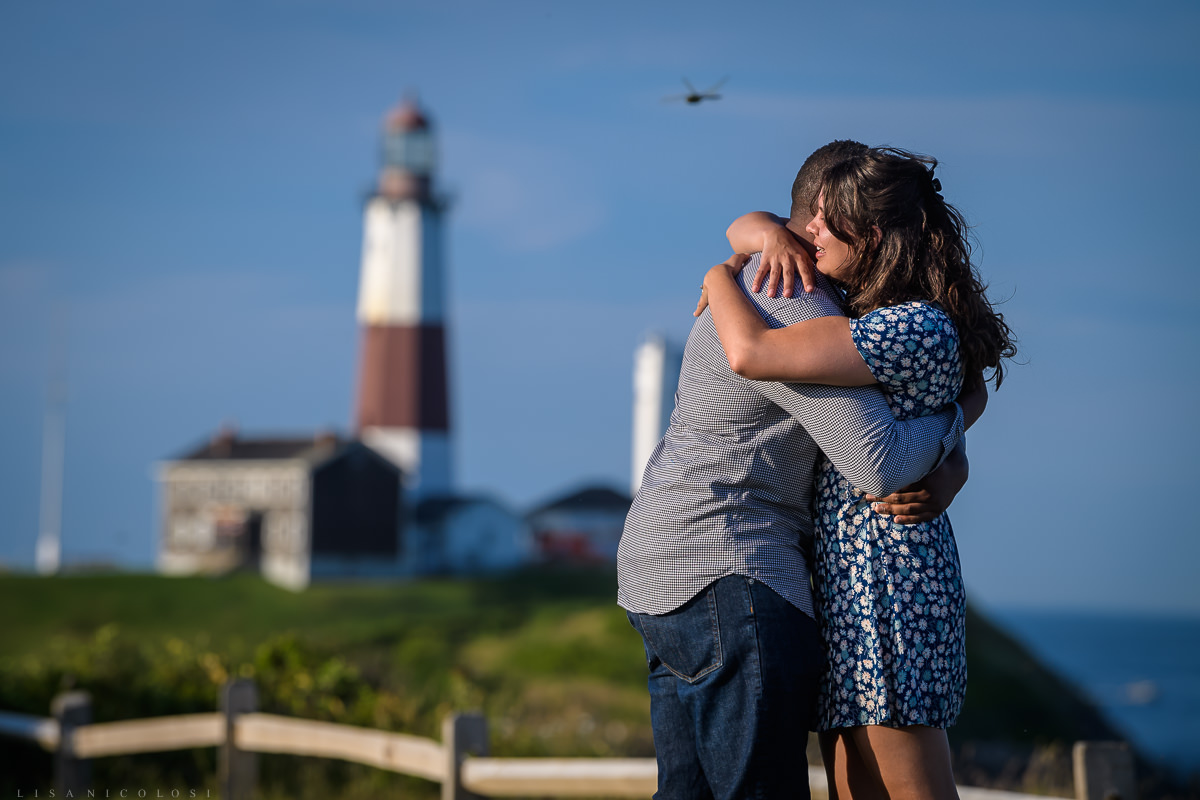 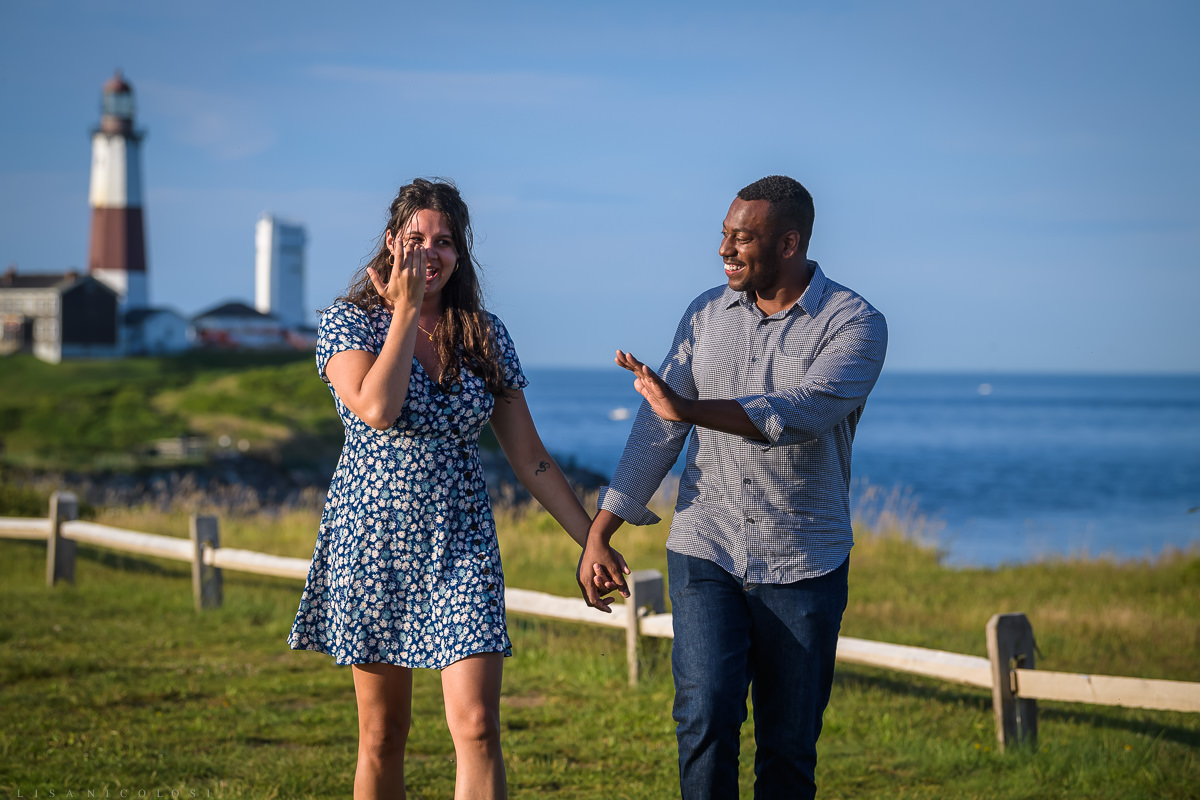 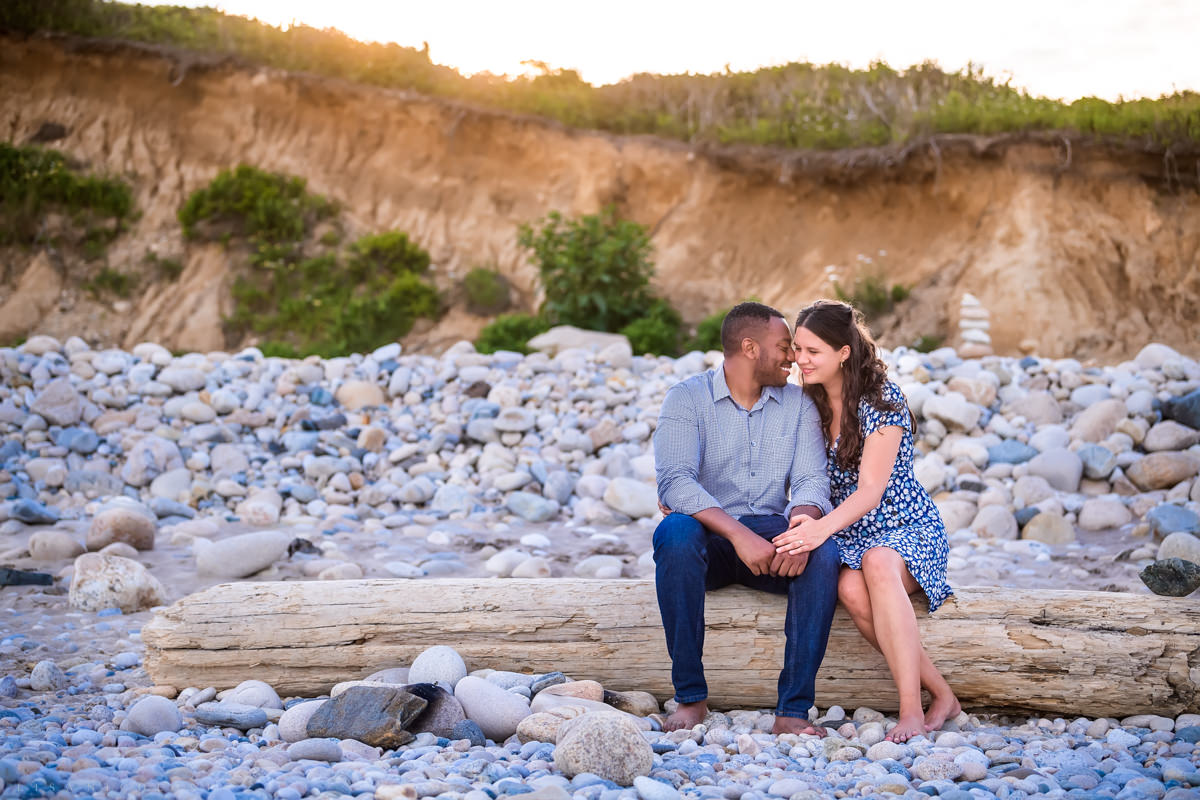 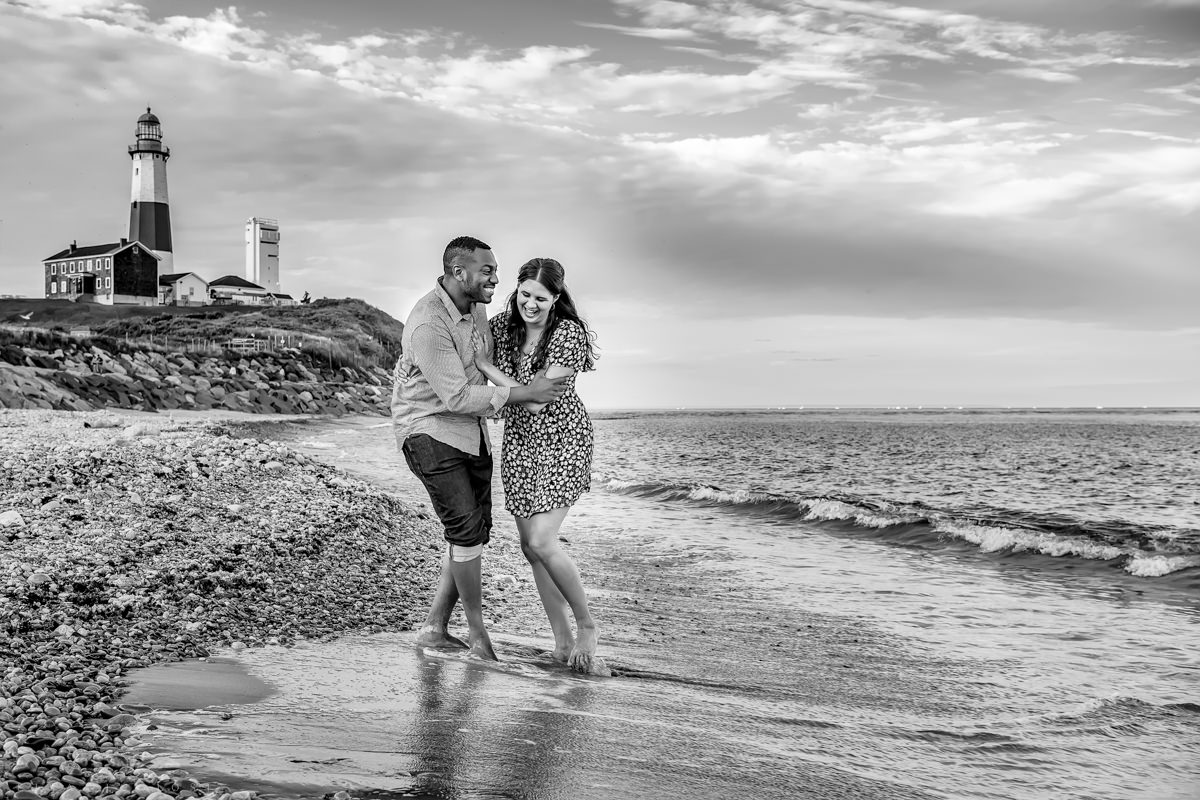 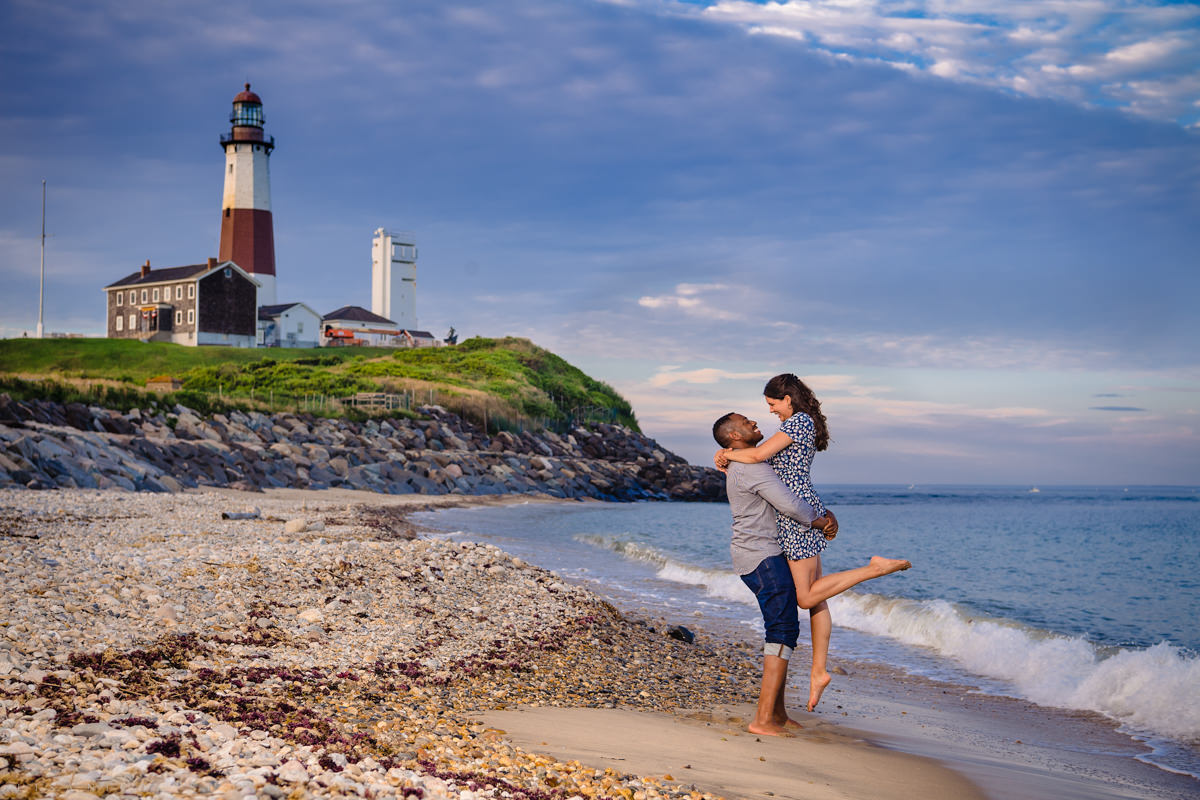 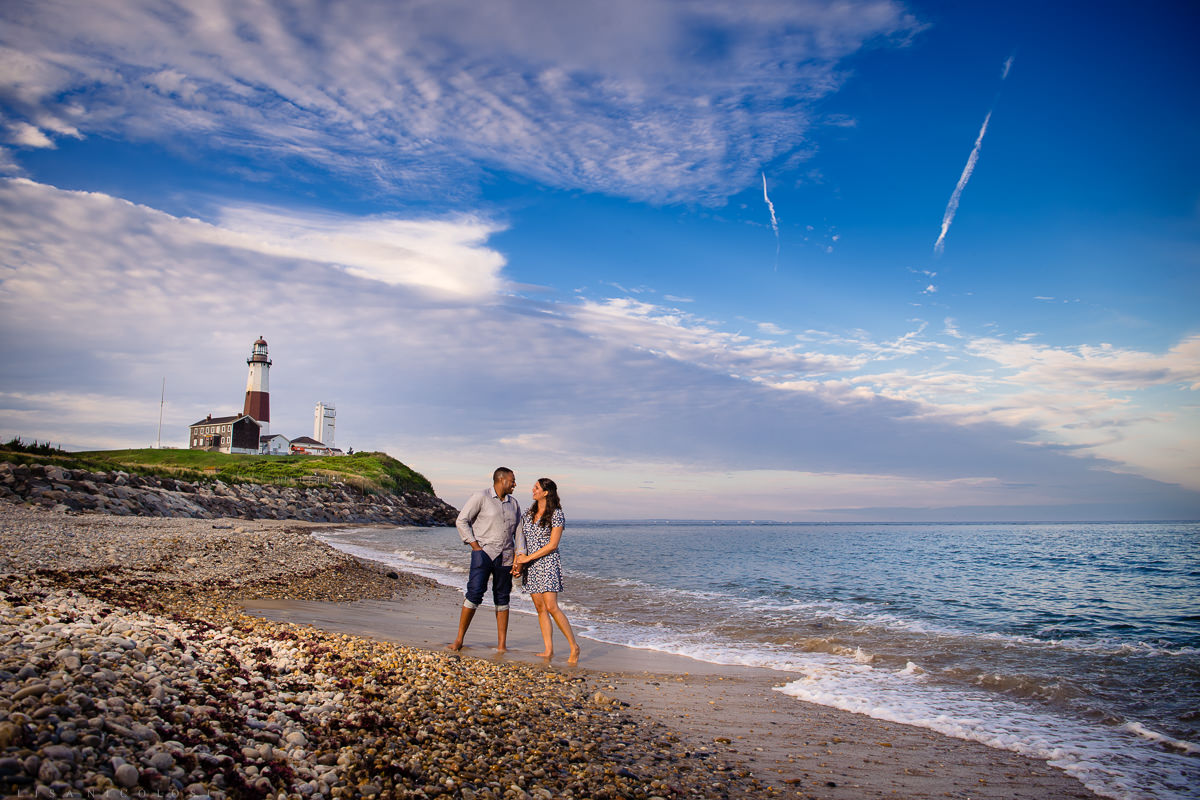 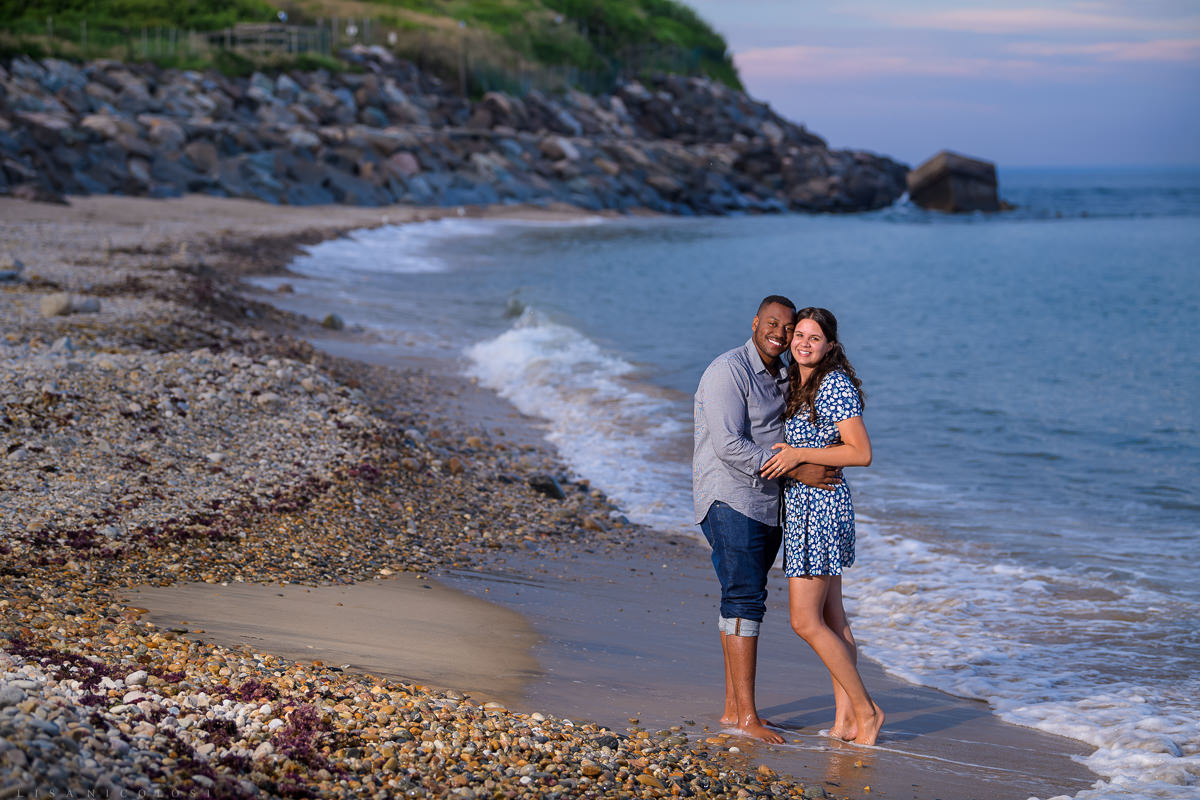 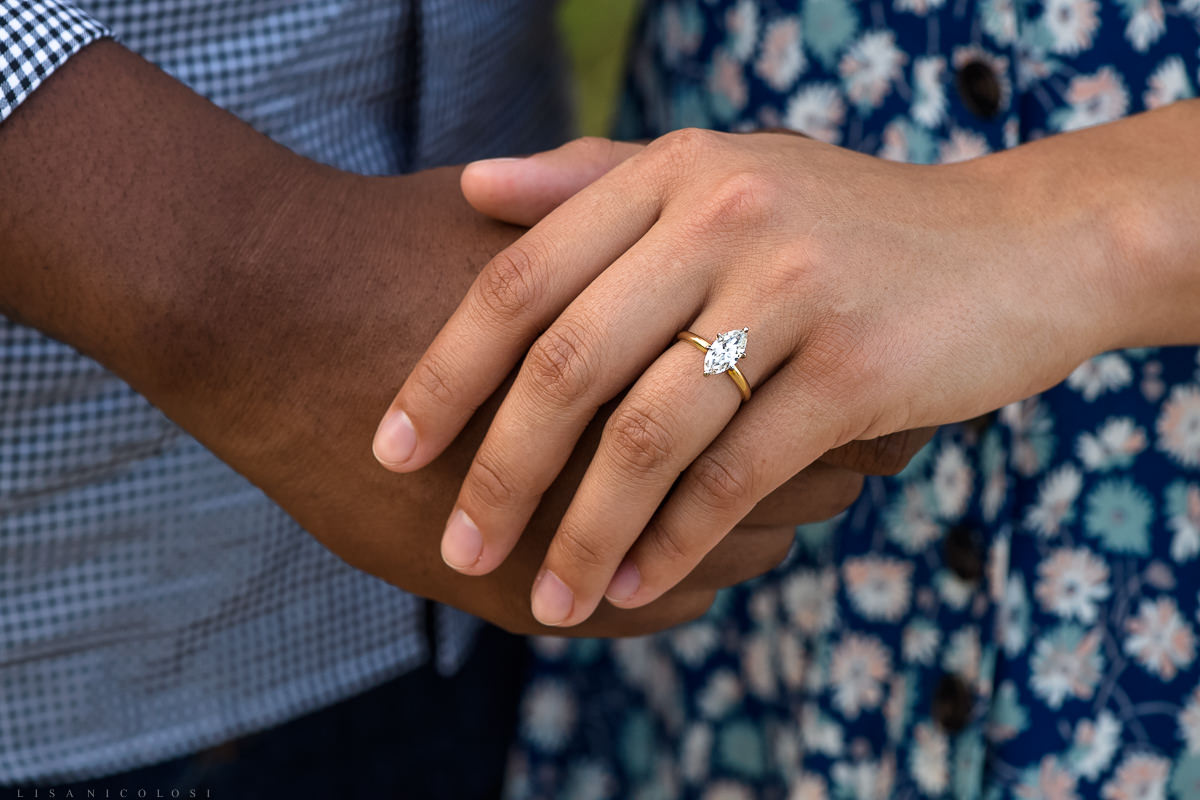 After getting their feet wet, Damian and Hailey put their socks and sneakers back on.

And while Damian was finishing up, I photographed a few candids of Hailey enjoying and admiring her gorgeous engagement ring. 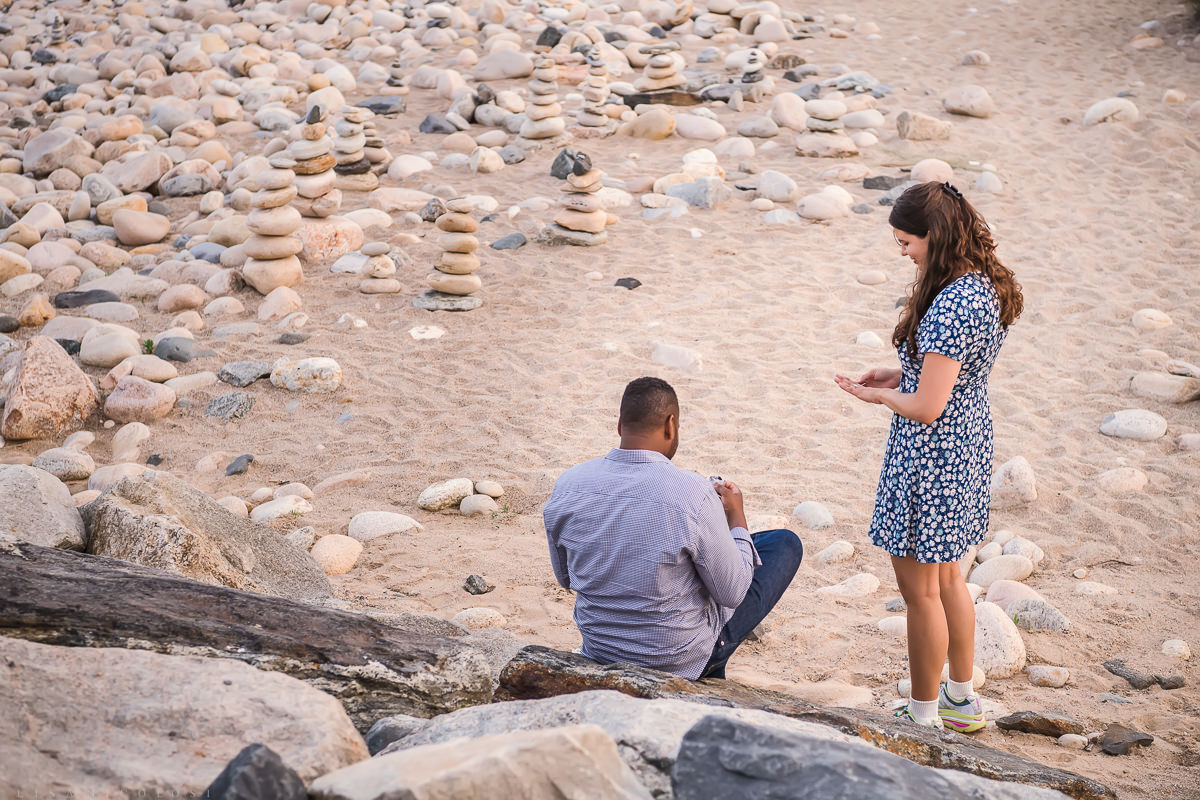 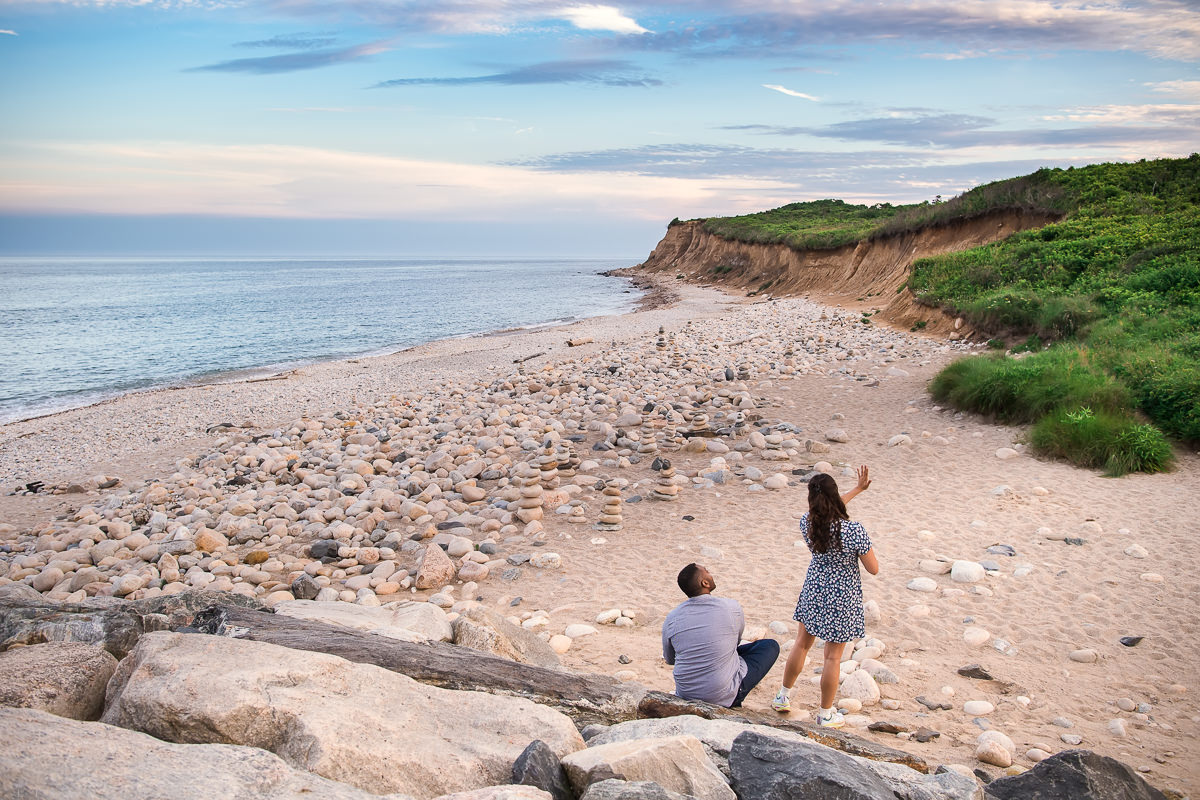 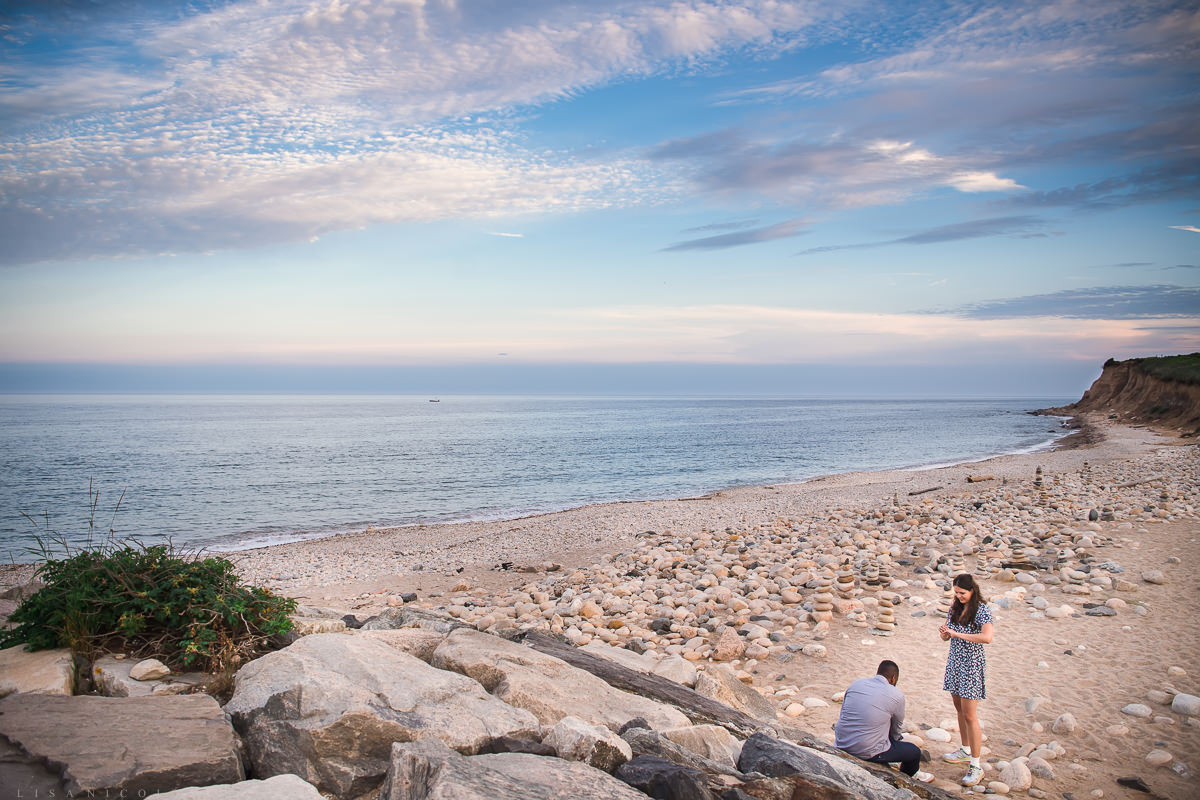 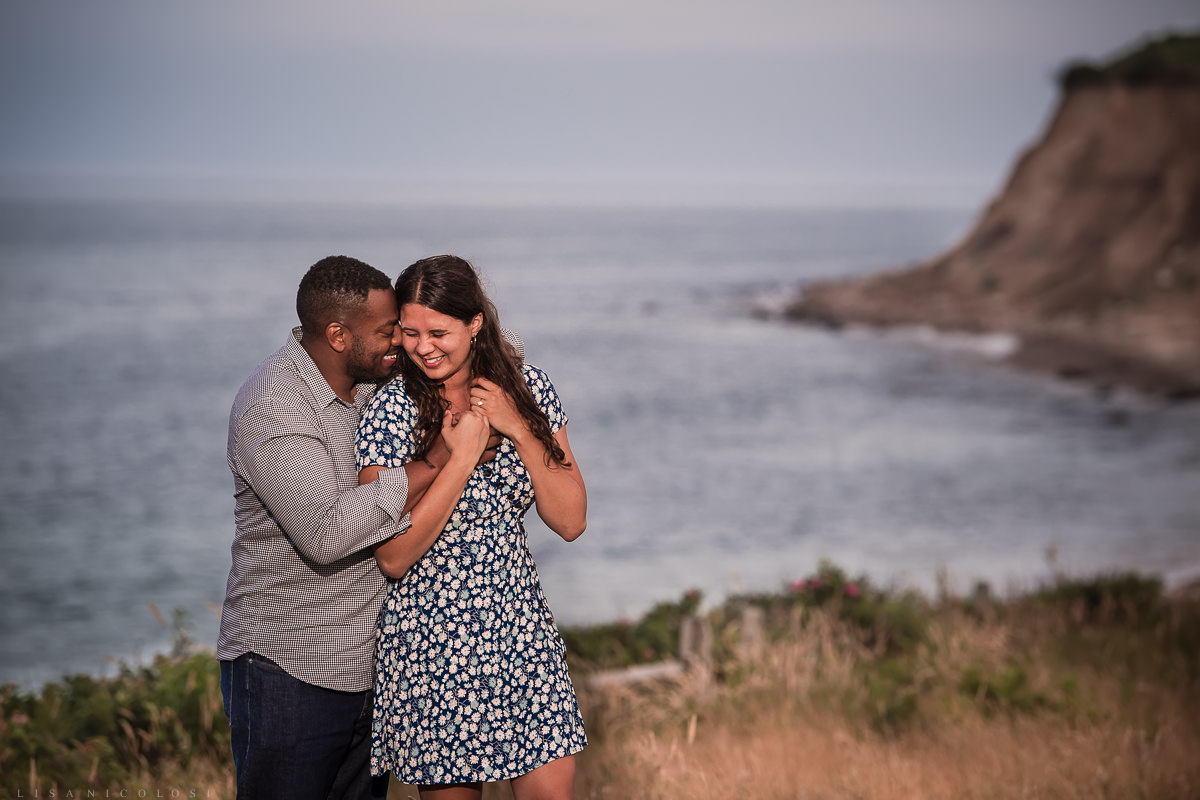 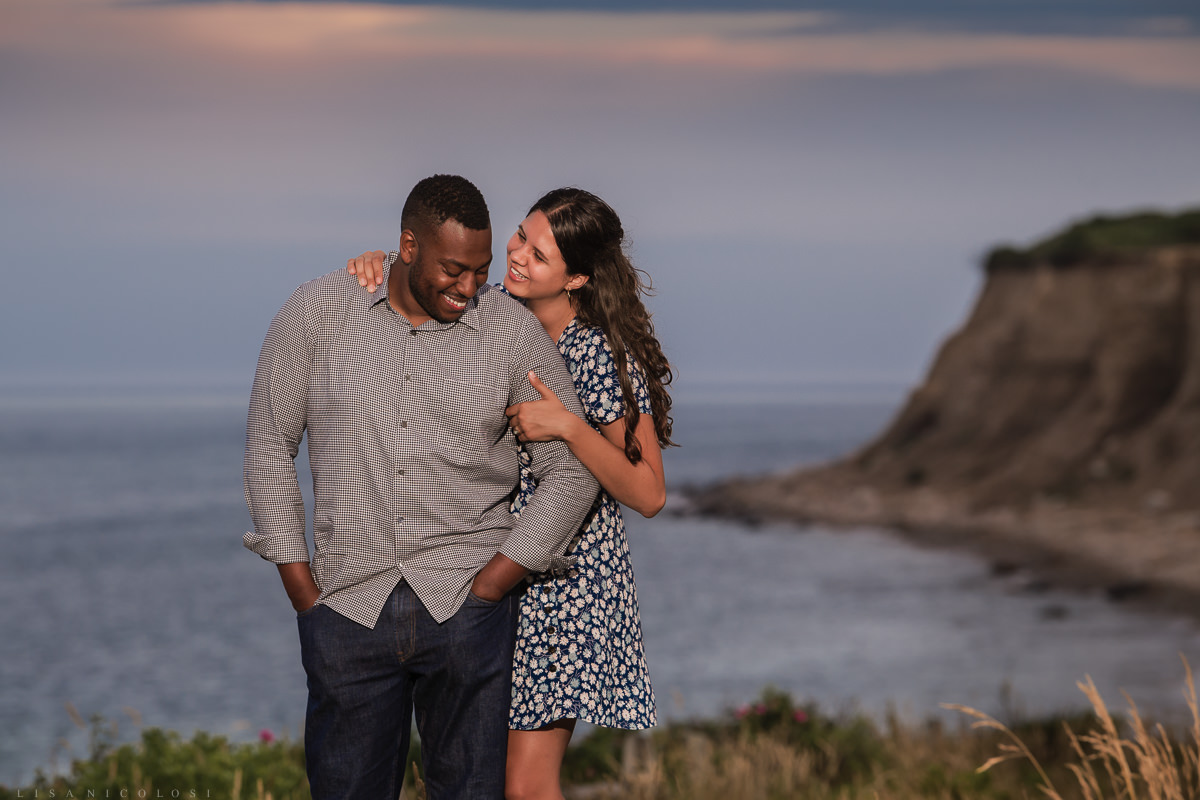 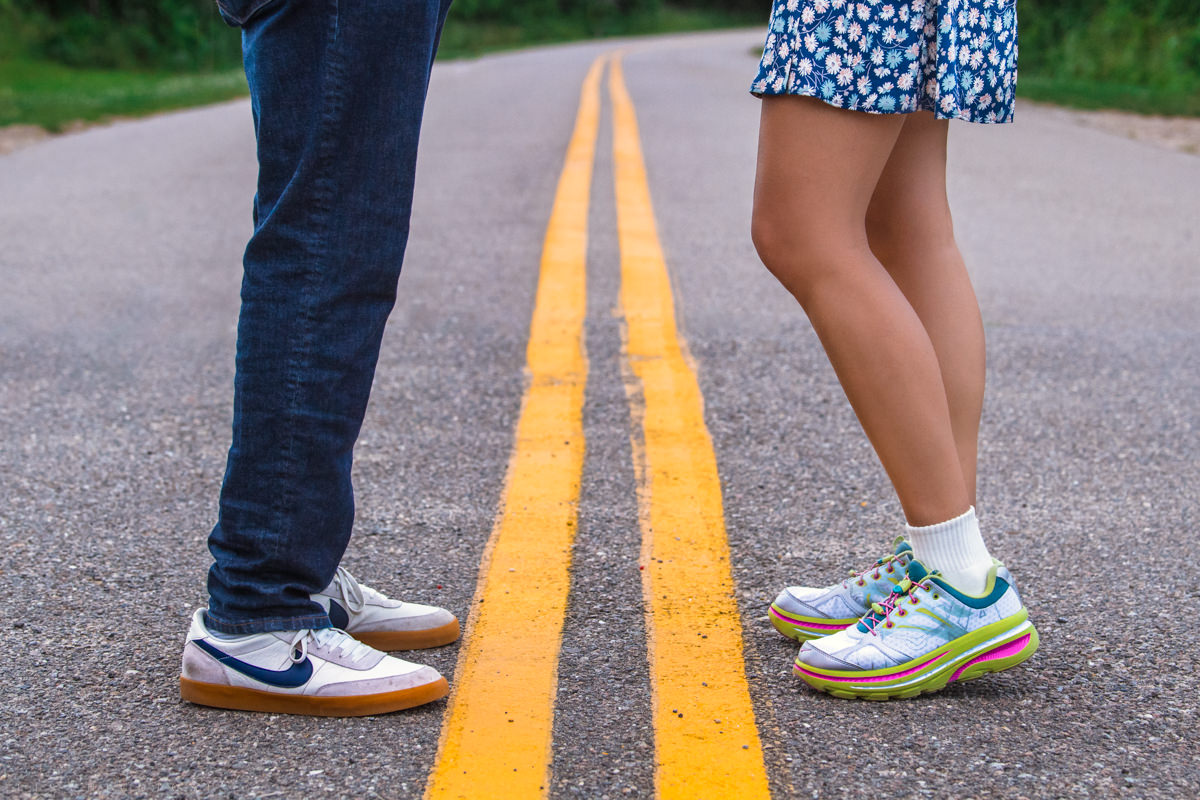 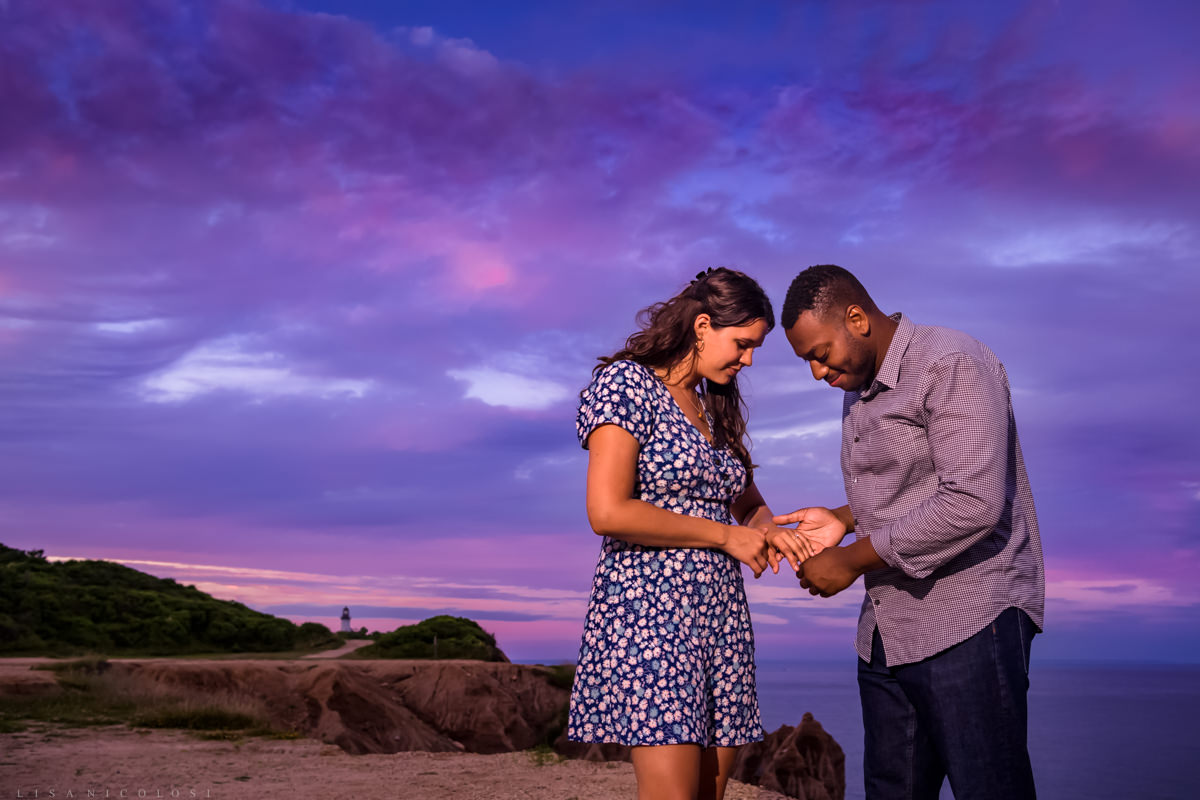 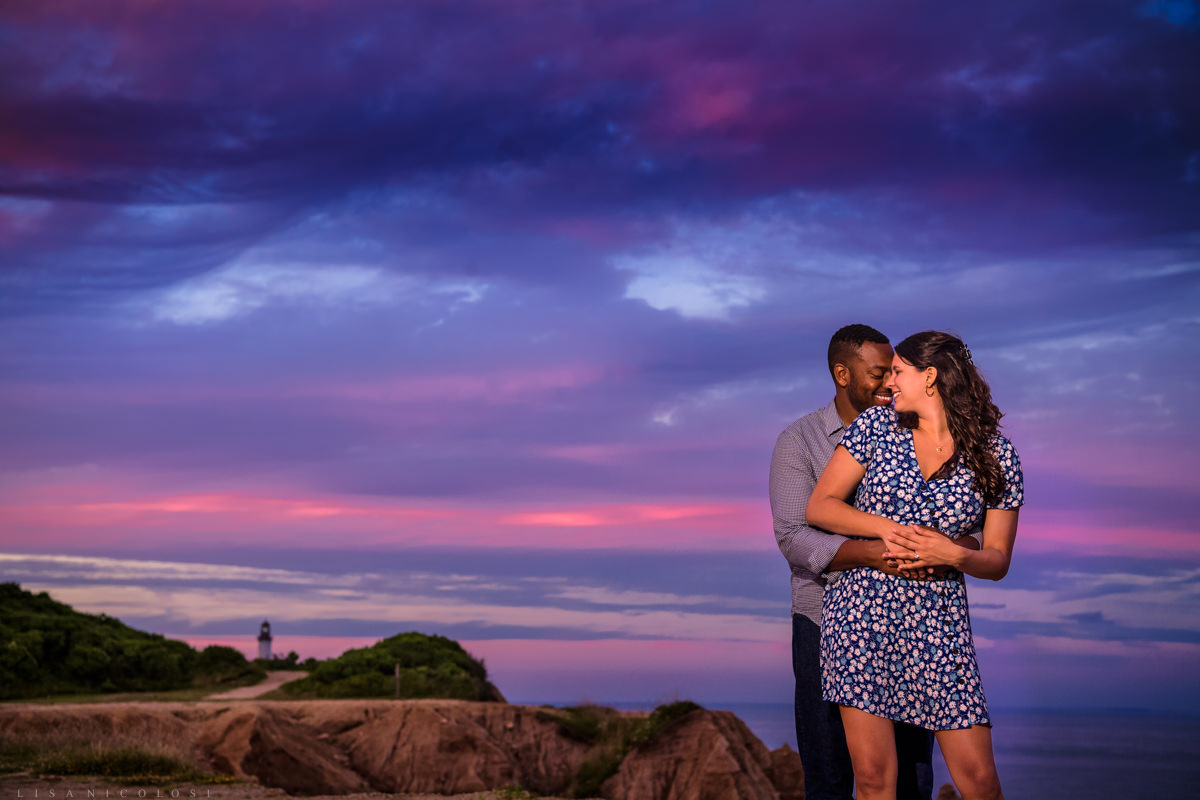 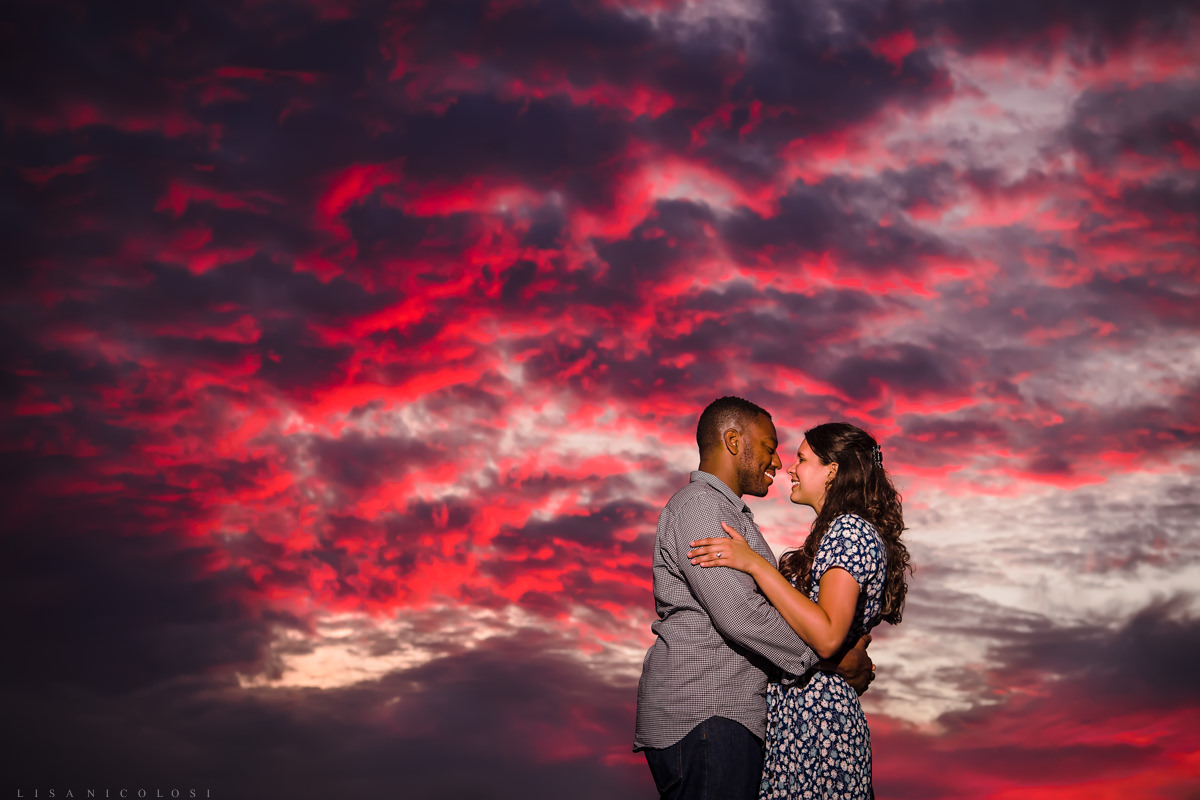 Thank you ever so much Damian for choosing me to document this precious moment between you and Hailey.

This session will forever bring a smile to my face!

I too now have more beautiful Montauk memories of one of my favorite places on Long Island. xoxo